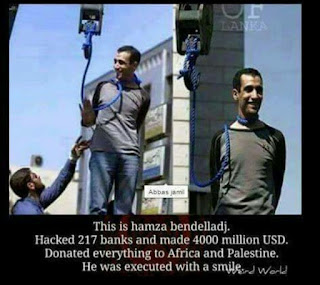 An incredible shocking history that had taken place where a man on 2013 is switched to death and the Man who had done this has proved finally that "EVERYTHING IS POSSIBLE", Ya dudes I am talking about Hamza Bendelladj

Hamza Bendelladj was the man who hacked 217 Banks and donated 4000 million $ to charities. In Indian currency the value would be around 25,844 crore rupees. Which is equal to 25 times the profit made by BAHUBALI 2.

Hamza reportedly used his SpyEye trojan to milk money from people from the west to give the same to Palestinian charities closer home.

Hamza operated with the code name is ” BX1 ” 1 and was dubbed the ” smiling Hacker “, born in 1988 , from Tizi-Ouzou in Algeria. According to the people who knew him, Hamza could speak 5 foreign languages and was proficient in coding, a career option availableto only the elite Algerian class.

Panin and Hamza operated their cyber crimeware empire from Russia since 2009. He and Hamza used to sell “SpyEye” online for$1000 to $10,000.

According to authorities,Hamza and Panin sold this blockbuster malware to more than 150 Cyber criminals. One of the their client is believed to have stolen $4 million during 6 month period using “SpyEye“ malware.

He is regarded as a robin hood of hackers world.

So inspiring Such types of man's are very rare in the world.
I decided to create a post on him because it's totally an unbelievable to accept the reality. 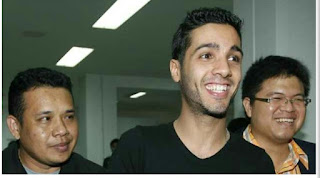 The above image was taken when Hamza was taken in custody in Bangkok. The image is the reason Hamza is called The Smiling Hacker.

How I made RS 6000 from dream11 fantasy cricket

How to hack whatsapp account
Hamza may be a much loved figure from Algerians and Middle-Eastern hackers but for the West he was nothingless than a criminal who was on list of FBI’s mostwanted cyber criminals.