Bengaluru is considered India’s IT capital, which would make one believe that this tech city is guarded against cyber crimes. But the reality is quite the opposite. Bhaskar Rao, Commissioner of Police, Bengaluru City, says that the city’s cyber crime rates are among the highest in the country — from a total of 2,023 cases reported in 2017, the number currently stands at 9,602. 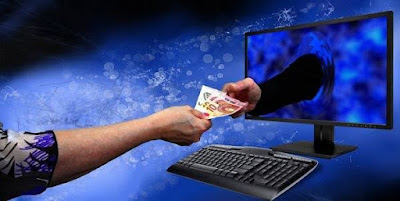 ‘Many cases go unreported’ City folk have fallen victim to a variety of crimes online. Among these, the majority are of those who have shared their confidential information on the internet.

“Fraudsters build confidence among the citizens, so that they trust their schemes and can be easily duped,” he says. “It is ultimately a ploy of robbing them of their money,” explains police commissioner Bhaskar Rao, adding, “Certain cases do not even get reported, as some people may feel too ashamed to reveal that they have been a victim of a scam.” Apart from these cases, there are also offences on the dark net. “If every month, for about a year or two, Rs. 1 is deducted from your account, you won’t think it to be a big deal. But if this is being done for thousands of accounts, one can imagine the scale of money being stolen. And this might also be the work of an offender from another country. So, finding out that a crime has been committed itself is challenging at times,” he explains.

‘Measures should be taken by financial institutions too’ While citizens need to be alert, banking and financial institutions also need to beef up their security and create awareness among citizens, Bhaskar emphasises. “Financial institutions have to constantly re-educate citizens about the vices and suggest them not to give out confidential information. These institutions also need to make payment channels more secure. Introducing double-check systems, when one makes a payment, could be an option. For instance, when someone is making a cashless payment, a reconfirmation message, before finalising the payment, could ensure that the transaction is conducted with due permission,” he explains, adding that ATM machines, too, need to be sanitised to make sure that they are not misused by fraudsters.

Preparing for future crimes With digitisation becoming a global phenomenon, one needs to be prepared for the future crimes that will affect us sooner or later, says the commissioner. Among the new challenges that the system is facing are cryptocurrency, drone-related offences, artificial intelligence crimes and others relating to the IT domain. “For instance, in one case, the investigators did manage to track down the trickster’s phone number, but couldn’t move further because his identity was secured by cryptocurrency,” he shares.

To tackle such issues, seven more cyber crime police stations will be set up in the city. “Called CEN, these new police stations will deal with cyber crimes along with economic and narcotic offences. These stations will have access to cyber experts and consultants as well. We are looking at taking in more graduates, who are well-versed in the same,” says Bhaskar. The need of the hour, according to the commissioner, is for policemen to be better trained and more equipped to handle cyber crime. “We need to rethink our training and prepare to tackle the future crimes that are imminent. Because while we are making huge strides in cyber security, the more we are digitised, the more we are prone to be hacked,” he adds.

Cases of cyber crime in Bengaluru Case 1: Cheating through e-wallets “At regular intervals, through the night, money was withdrawn from my credit card in multiples of Rs. 10,000 and Rs. 5,000. It was accessed via an online portal. Without me even having to share an OTP, my money was stolen. Although the card was blocked later, a lot of money was siphoned off by then” — Ragavendhra TS

“I was told I had reward points to redeem for my credit card. Since the cash offer had ended, I was informed that a portion of the outstanding amount in my card credit can be deducted. So, I agreed to it. The fraudster then asked me for various account details to complete the transaction. The conversation went on for almost an hour and it was extremely convincing. The background noise, too, sounded like that of a bank. It was only towards the end of the conversation that I started suspecting it to be a hoax. But it was too late. As soon as the conversation got over, nearly Rs.50,000 was withdrawn from my accounts.” — Roopa

“A man agreed to buy a piece of furniture I was selling online. It was priced at Rs. 10,000. He offered to pay Rs. 6,000 of the total amount in cash, and said that he would first pay Rs. 4,000 online. Then, he sent a QR code and asked me to scan and enter my PIN so that he could send the amount. Instead of Rs. 4,000 getting credited to my account, it got debited. He apologised and said it was a mistake. He asked me to scan again. He said he will do a trial of Rs. 5. But again, it got debited from my account. He apologised and transferred Rs. 5 back. So, I believed that it was a genuine mistake. However, on the pretext of fixing the glitch, he deducted Rs. 4,000 more. The fraudster is still online on WhatsApp and my friends too have contacted him. He does not refrain from responding. He is, in fact, challenging me to do try whatever I can. He is so sure that he cannot be traced.” — Saiphanidhar The different kinds of fraud committed online:

2. Lures the victim and earns his or her trust.

3. Asks for money transfer for an emergency.

2. Use the same information to blackmail the victim later; extorts money. Alternatively, someone else with access to the victim’s phone, hacks into the stored data and then blackmails the user.

1. Victim receives message, call or mail announcing that he or she has won a lottery or a bumper prize.

2. Victim convinced to pay handling charges, or money to be paid for custom clearance.

3. Fraudster takes away as much money as possible.

1. Victim contacted with prospective job offers. The fraudster might have hacked or obtained information about victim’s job requirements as well as his or her qualification.

2. Victim promised a highly-paid job. Might be asked to complete a telephonic interview.

3. Victim convinced that he or she has got the job, but would require to pay consultancy charges before getting employed.

4. Fraudster runs away once money has been transferred.

1. Fraudster contacts the victim and asks for card details for some legal procedure.

2. Once the details are shared, the account gets maxed out.

1. Always handle plastic money with care and never share your details with anyone.

5. Avoid recording intimate moments on camera. Such data can used for blackmailing you and extorting money from you.

6. Do not give out your details to anyone, who calls or texts you. This information can be used to extract money from your accounts.